Most of the vineyards of the UGA San Casciano are rooted on the ancient alluvial deposits between Val di Pesa, to the west, and Val di Greve, to the east, with the exception of the strip of vineyards extending from Santa Maria a Macerata along the northern side of Poggio la Croce, reaching first Pieve di Santo Stefano a Campoli and then Quattro Strade (as can be observed by rotating the second image 180 degrees).
The area is therefore quite uniform geologically and in terms of landscape, a sort of upland marked by slight differences in altitude and by long valleys which cross it in a north-south direction. Not being able to analyze each valley one by one, we chose those that are better suited to a description through images.
The first valley, the widest and easiest to identify, is that of the Terzona stream, which divides the ridge of Montefiridolfi from the rest of the communal territory and then flows into the Val di Pesa, whose unmistakable shape marks the western border of the Chianti Classico denomination.
At the northeastern extreme of the commune, in the direction of Monte Albano, lies Cerbaia whose vineyards extend along the valley of the Sugana, which alone among the main streams has an east-west axis. Another exception is in soil type, which, at least in the highest part of the valley, near La Romola, shows a significant outcrop of Macigno (the same formation as the base of Chianti Mountains).
It is hard to summarize in a few images the eastern side of the commune, due to the winding course of the Val di Greve and its hollowed contours that provide few observation points that guarantee a wide and detailed view. The only real exception is the area between Mercatale Val di Pesa and Quattro Strade, characterized by a series of narrow ridges descending westward toward the Val di Greve where we find the highest concentration of vineyards.

As simple and intuitive as the use of panoramic images may be, some clarifications and suggestions seem in order.

The recognized UGAs within the production zone of the Chianti Classico appellation are eleven. Starting from northwest and, moving generally clockwise, they are: San Casciano, Greve, Lamole, Montefioralle, Panzano, Radda, Gaiole, Castelnuovo Berardenga, Vagliagli, Castellina and San Donato in Poggio.

Enter your email and we will send you a voucher for tasting a Chianti Classico in its “House” in Radda in Chianti. 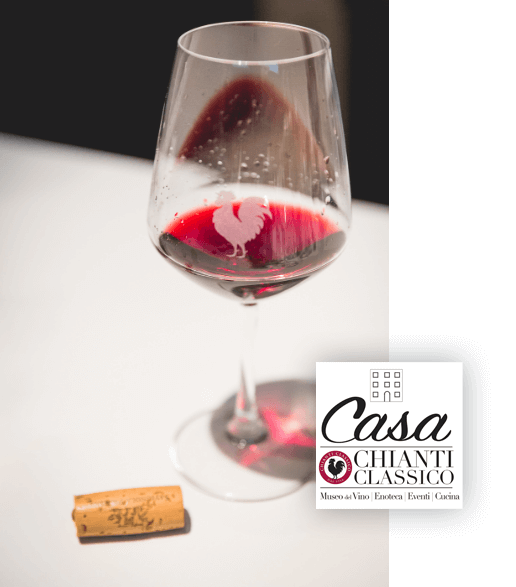