The legend of
the Black Rooster

The Black Rooster trademark has always identified bottles of Chianti Classico wine. It is the historic symbol of the ancient Chianti Military League, reproduced by painter Giorgio Vasari on the ceiling of the Salone dei Cinquecento, inside Florence’s city hall, Palazzo Vecchio.

The historiography of this symbol involves an unusual legend from the Medieval period, concerning the definition of the political boundaries of the whole Chianti territory, because it was a black rooster that decided the outcome.

There was
a Time

The legend describes how, in the Middle Ages, when the Republics of Florence and Siena were fighting bitterly for control, the Chianti territory – midway between the two cities – was the object of continual disputes. To end the contention and establish a definitive boundary, a bizarre and unusual system was adopted.

It was decided that two knights would set off from their respective capital cities, and the boundary would be set at the point where they met. They were to set off at dawn, as soon as a rooster crowed. These terms were customary in those days, when daily rhythms were marked by natural means.

Therefore the choice of the rooster was decisive in preparations for the event, even more so than the horse and knight. The Sienese chose a white rooster, and the Florentines a black one, which they kept shut up in a small, dark chicken coop, practically unfed, for so many days that it was in a state of near-collapse.

On the fateful day, the rooster was removed from the coop and at once began to crow loudly, although dawn was still far off. Its crowing allowed the Florentine knight to set off immediately and with a great advantage of time over the Sienese knight, who had to wait until first light for his rooster to crow, as normal, and allow him to leave.

But given the considerable delay compared to his opponent, the Sienese knight rode for only twelve kilometres: at Fonterutoli he met the other knight.

This is how almost all of Chianti passed under the control of the Republic of Florence, a long time prior to the fall of Siena. 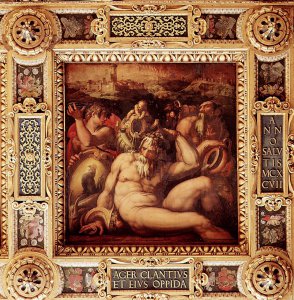